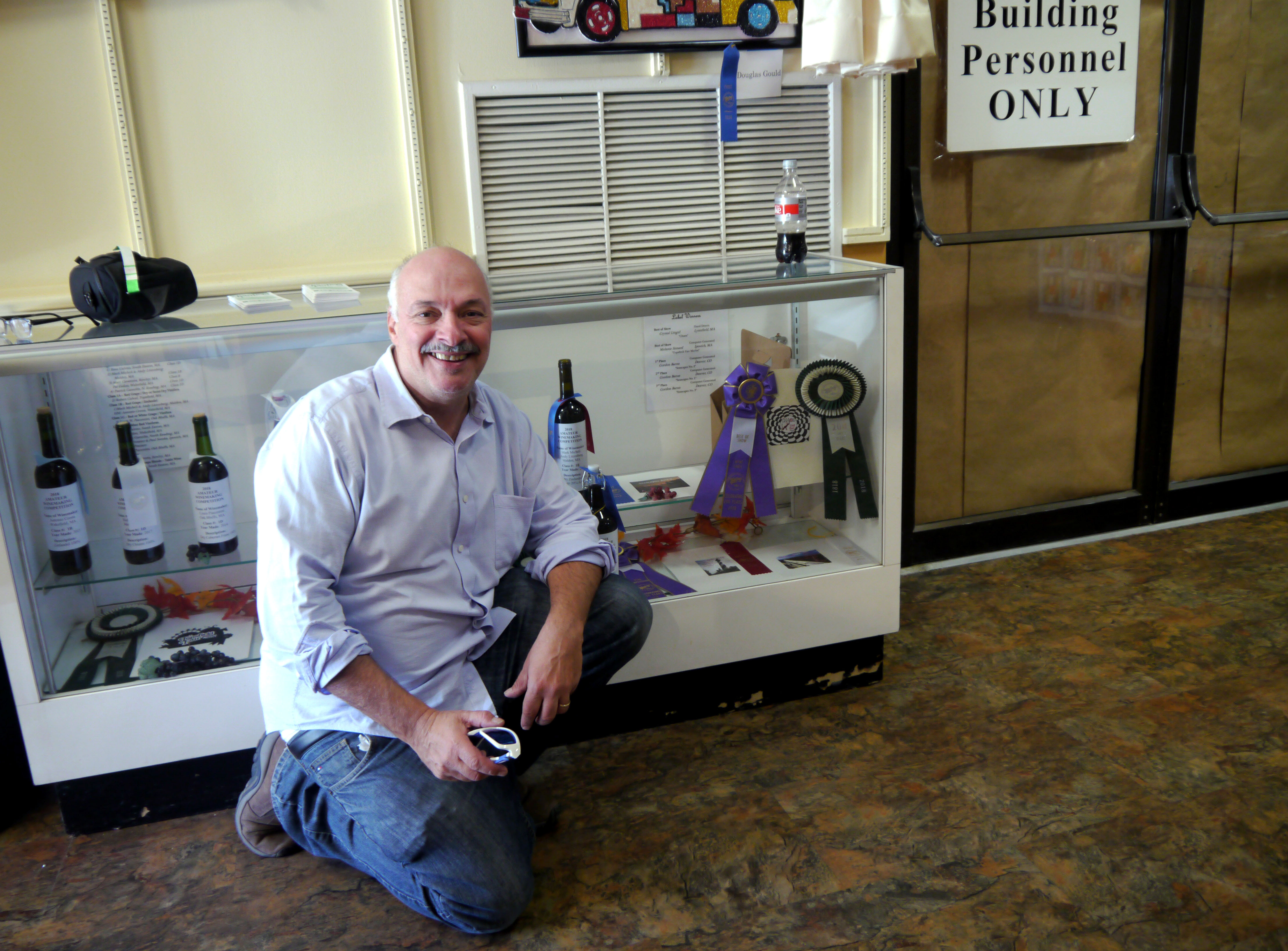 (Above: I visited the fair to find out the results of the wine competition.)

We won a blue ribbon!! Wine from RootsLiving Cellars placed first in its category at the Topsfield Fair, the oldest agricultural fair in the United States.

The 2017 vintage came in first place in the “Red Wine, Zinfandel” category and had the second highest overall scores in the competition in Topsfield, Massachusetts. The winners were announced in October and the blue ribbon arrived a few weeks later.

We previously entered this competition in 2009 and won top honors in the same category that year.

The recipe was developed following old-school doctrine passed down by my father and grandfather. I used 10 boxes of Zinfandel grapes, two boxes of Moscato grapes, and one box of Alicante grapes. My father always said to add the white Moscato grapes because they’re high in sugar and will give the wine a good kick. He said add a box of the red Alicante grapes to give the wine a good color.

Bottles of the winning wines were on display at Alfalfa Winery in Topsfield where wine tasting for their wines are held. However, if you want to try some of our wines, you’ll have to come here for dinner.

This year, 2018, the Topsfield Fair celebrated its 200th anniversary. 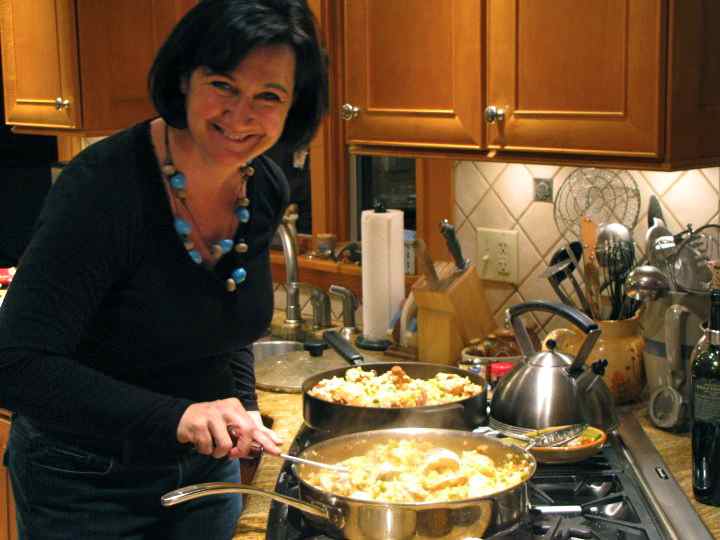 There are many variations on this Spanish dish, including one with chicken and another with seafood.

These are some of my favorite recipes from the weekly Dorm Room Chef series I produced for the Boston Globe.

The Wine Is Ready to Rumble
Making Wine Without Chemicals