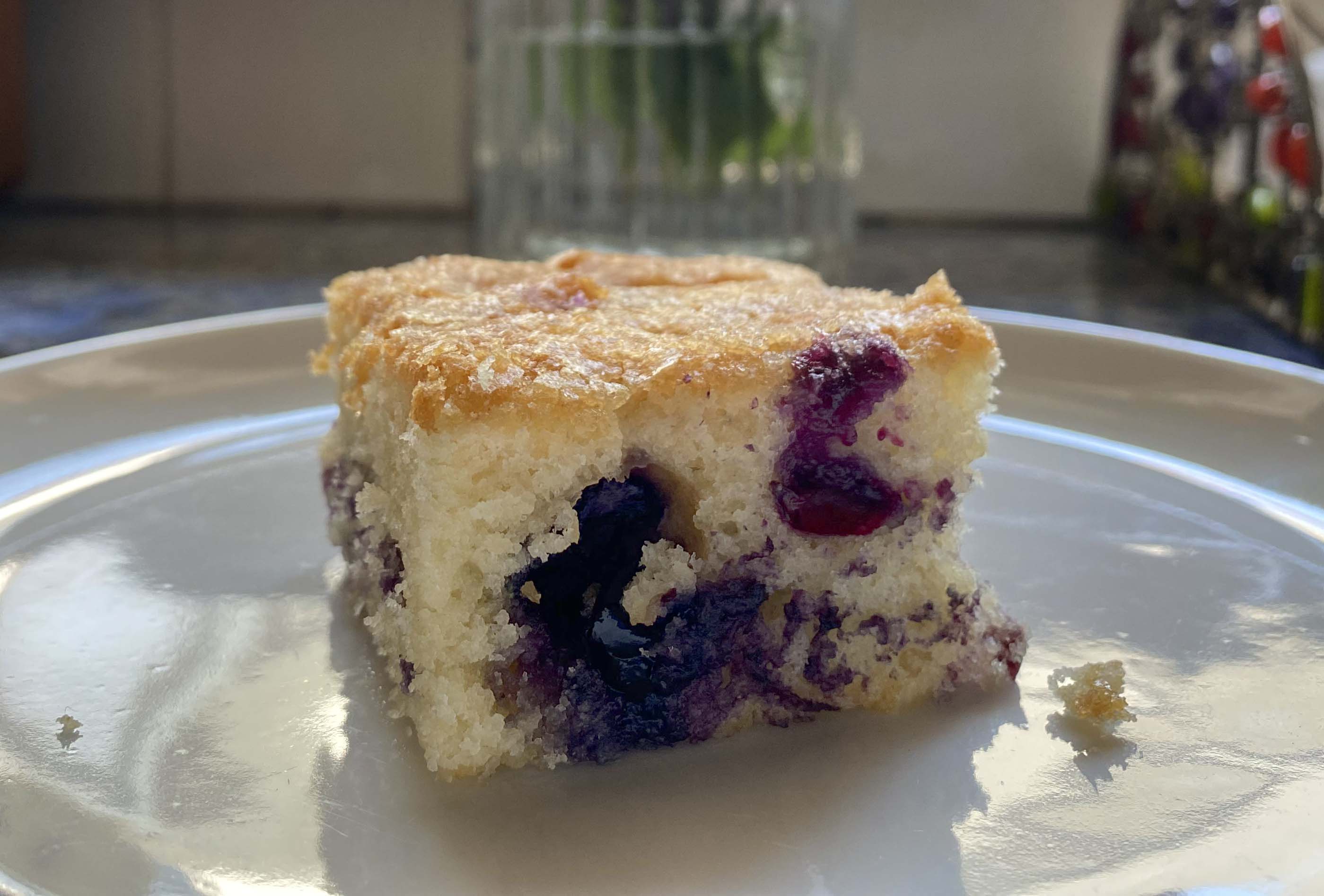 This is an authentic blueberry cake recipe from the blueberry capital of the world: Maine.

The difference between this and most other blueberry cakes, is that it is light and airy. It doesn’t contain the denseness one would expect from a cake, and that’s its charm. Sprinkled sugar baked on top creates a thin, delicate crispy crust.

The recipe comes from Kim MacIsaac of Peaks Island, just a 15-minute ferry ride from Portland. Kim is a historian and has written several books on the history of that small island.  She also owns the Peaks Island Tour Company

I first ate a piece of this cake at a wedding rehearsal dinner for my son Sean, and his wife, Emmy. Kim’s daughter, Courtney, catered the dinner via her company The Maine Lobsterbake Company. When I ordered this cake for dessert, she told me it was her mother’s recipe.

A few weeks later, I stumbled across the recipe in the Peaks Island Directory. And about a week after that, I made it in the Rootsliving kitchen.

The recipe is pretty easy. It just requires a few bowls: one to whip up the egg whites and another to cream the shortening.

You also have to do a lot of folding. You fold in the egg whites and then you fold in the blueberries, which have been dusted with a light coating of flour.

Don’t stir the batter too much. You want to keep the consistency of the batter, light and airy. 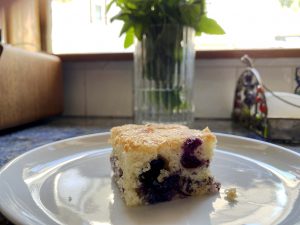 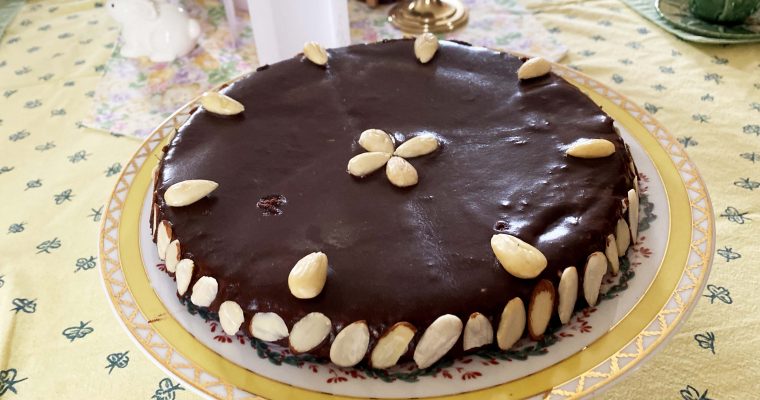 This recipe was taken directly from her WGBH broadcast and differs slightly from the printed recipe. 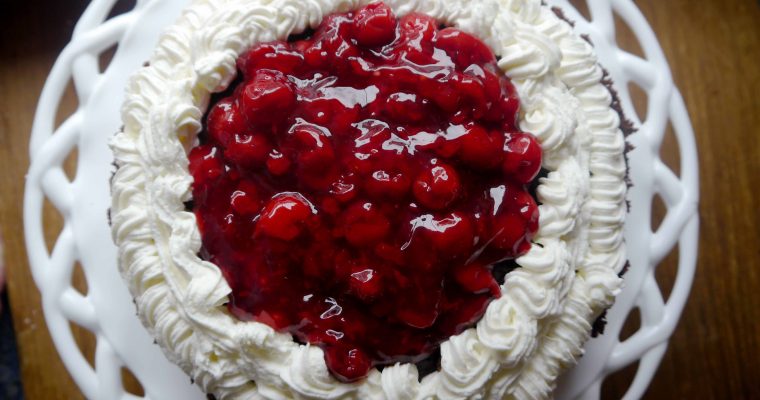 This delicious combination of chocolate, cherries, and whipped cream will help you get through the last days of winter.