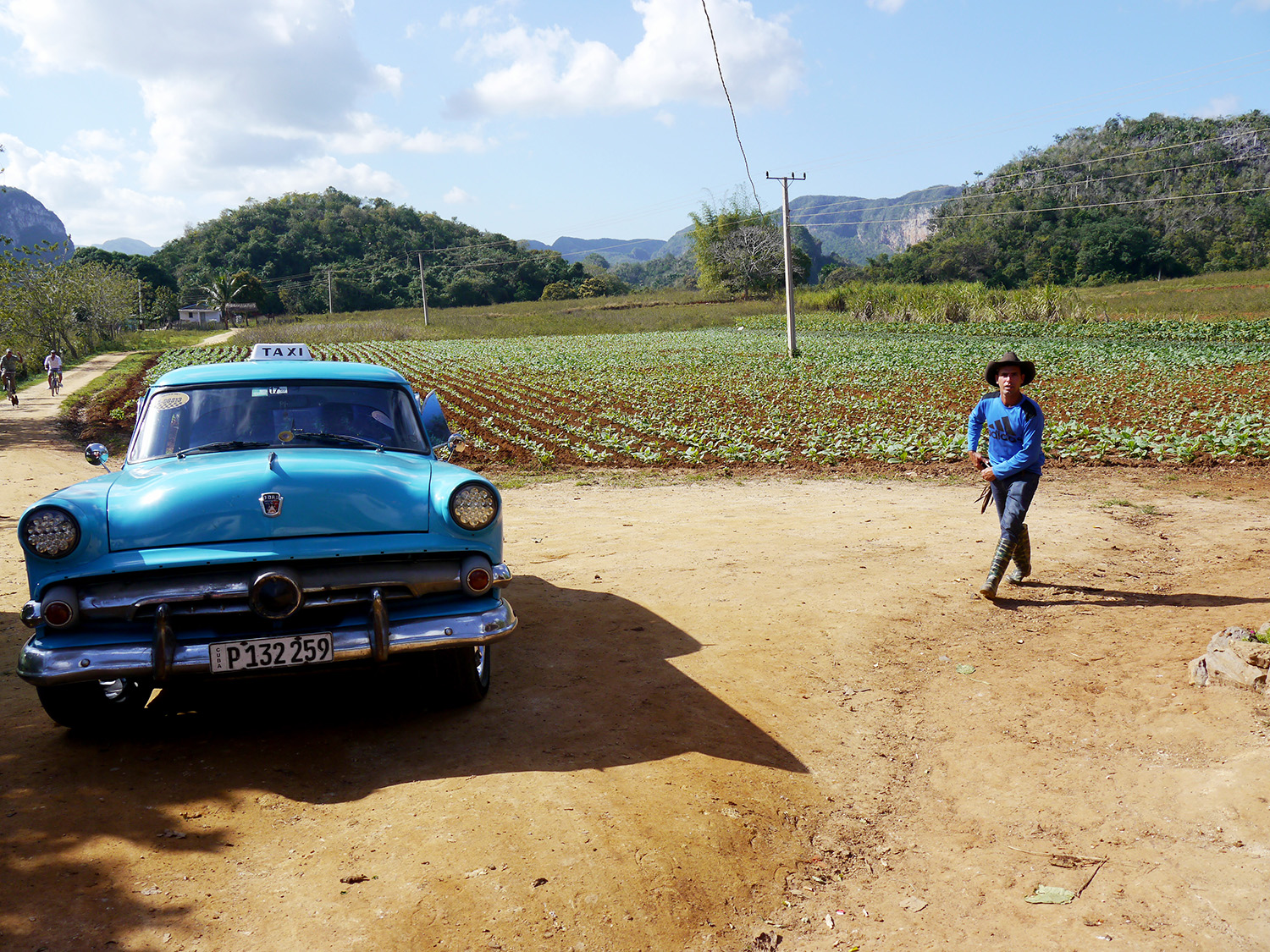 About 90 miles and three hours west of Havana is Viñales, a rural outpost of single-story homes — some tidy, some shacks — all with porches where people sit and watch and socialize with their neighbors.

North of the town is the Viñales Valley, a UNESCO World Heritage Site  that looks like Jurassic Park.

(Above photo: A farmhand looks like he’s about to draw a gun but he was just in a hurry as he walked past the tobacco field at the farm we visited. (Photo by Mark Micheli ©))

How To Roll A Cuban

We visited a tobacco farm in the town of Viñales. There we drank some local rum with a farmer while we watched him roll cigars, which we smoked. The first photos show a little bit about that process. 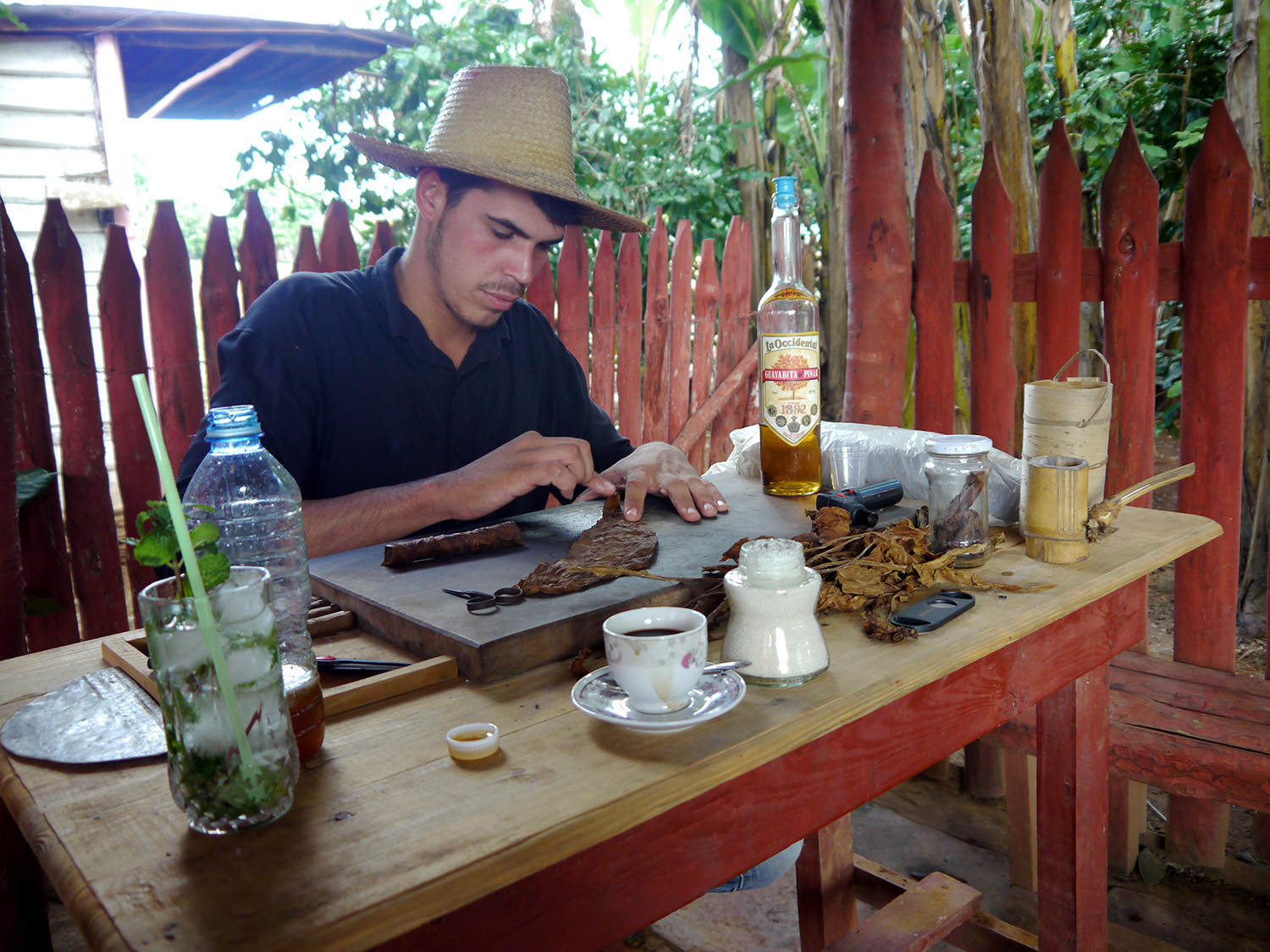 CIGAR ROLLING 101: Tricia had a mojito and I had a strong coffee with a shot of Guayabita del Pinar rum while we watched the farmer roll. The rum is made with dwarf guava fruit. We purchased a bottle as well as some cigars, honey and coffee beans. (Photo by Mark Micheli ©) 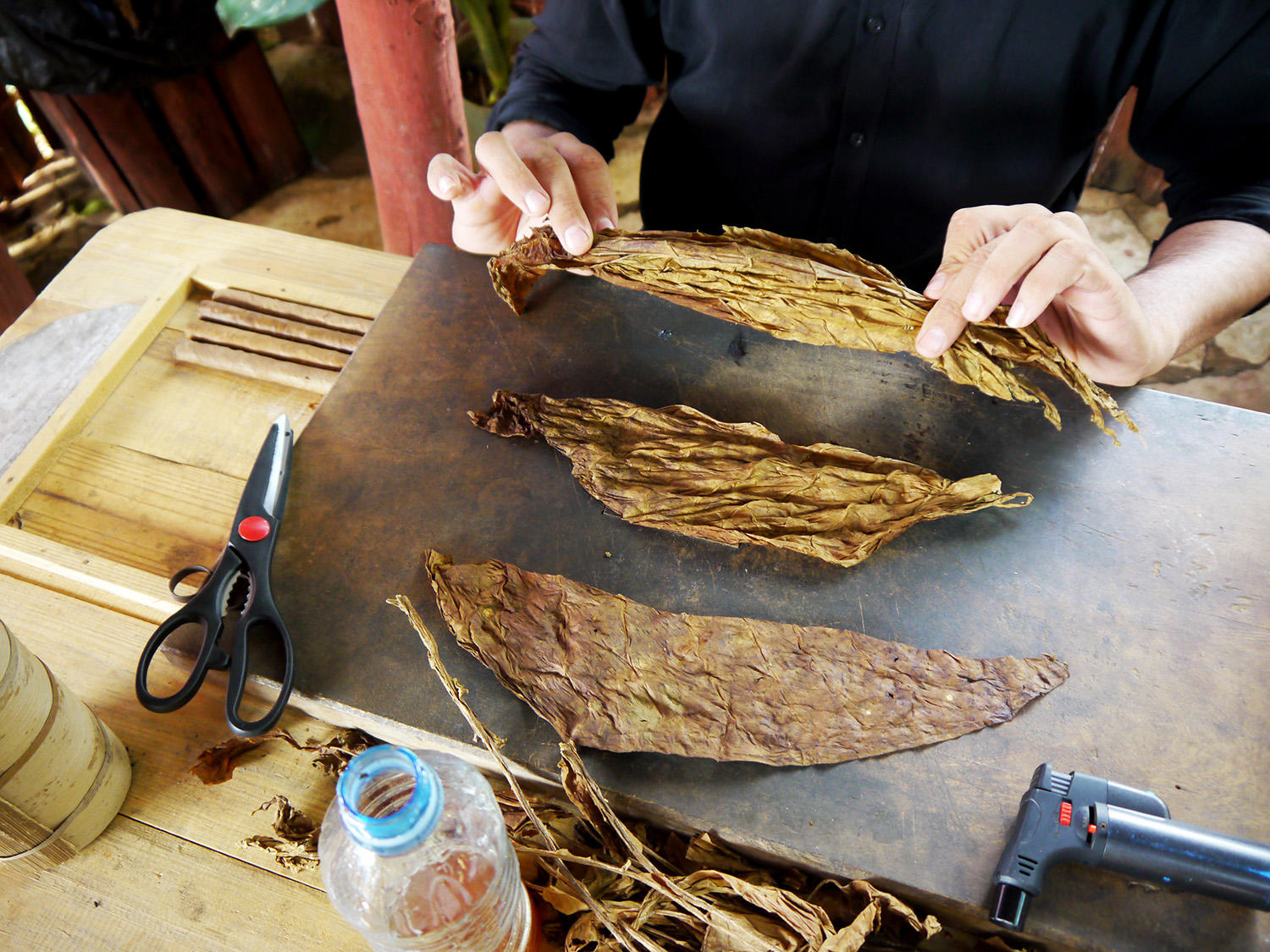 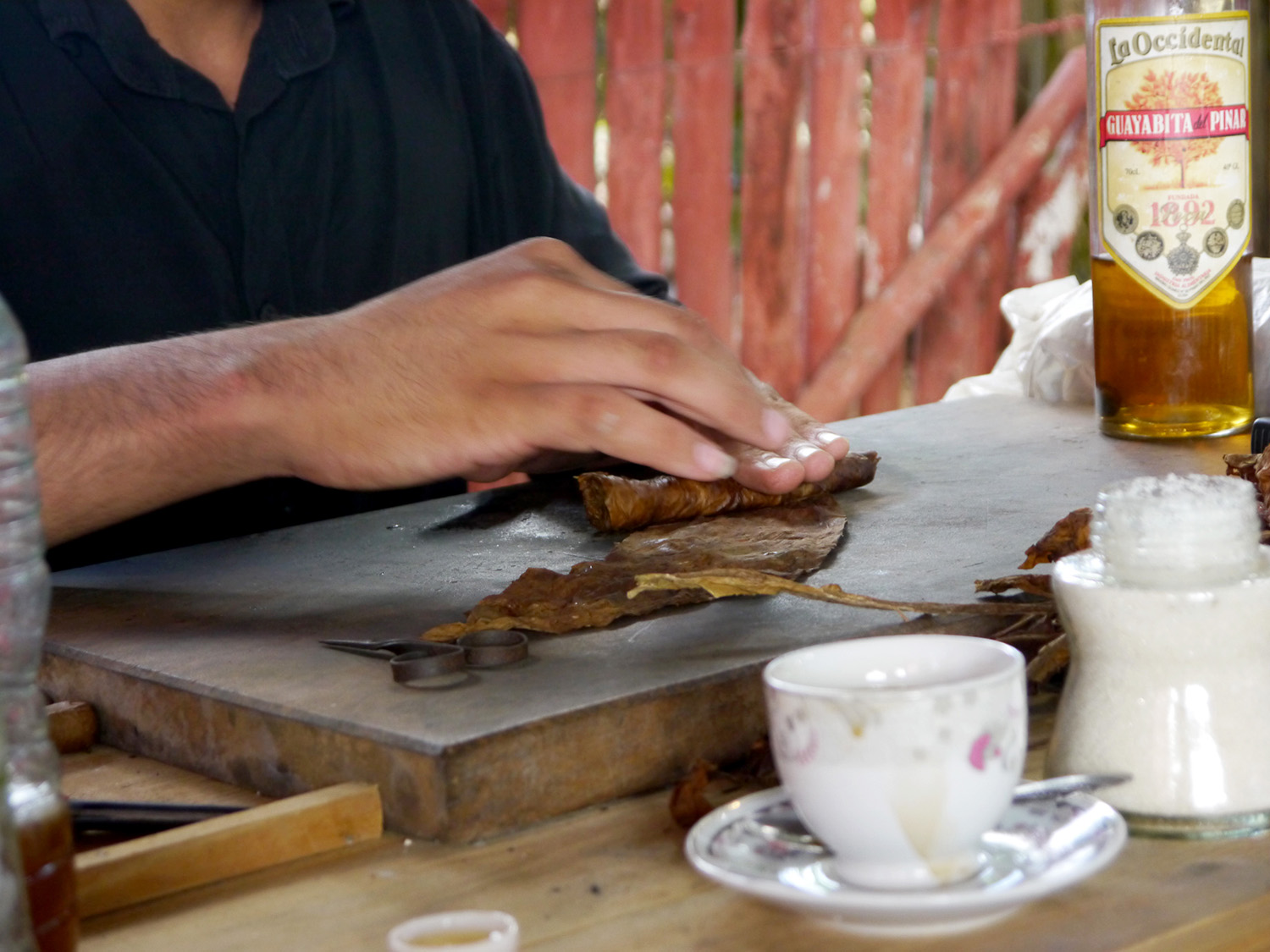 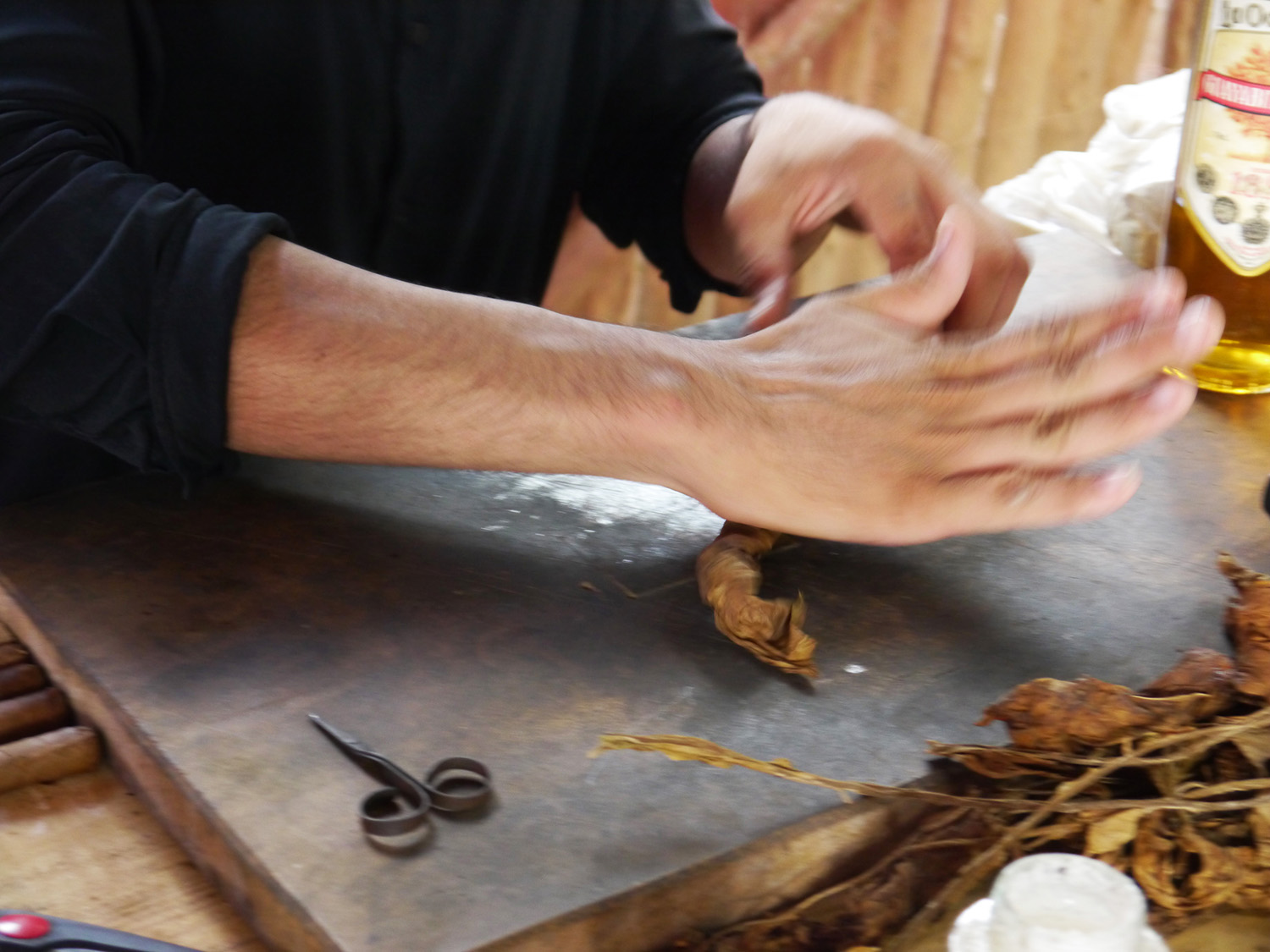 QUICK WRIST ACTION: And with a quick flick of the wrist he finished rolling a cigar. (Photo by Mark Micheli ©)

A Look At the Valley

[Check out more of my photos of Cuba here.]

Rode my new bike to Lynn via the beautiful Norther